Chwarae Teg hosted its second LeadHerShip programme at the National Assembly, giving young women from across Wales the opportunity to shadow an Assembly Member.

The day gives young women insight into the day-to-day life and responsibilities of an AM, and encourage them to see themselves in a leadership position. It is clear from the participants that our LeadHerShip project is successfully inspiring a future generation of female leaders.

Despite progress, women are still underrepresented in politics and decision-making; making up 47% of AMS, but just 28% of MPs and Local Councillors. It’s crucial that our political institutions reflect our communities, and that the issues which affect people from different walks of life are raised at all levels of politics. Research shows that when women are in the room different issues are discussed, and that diversity in senior positions leads to better decision-making.

With the intention of redressing this balance, 21 young women were invited to the Senedd on 26th May with an action-packed programme to give them a taste of life at the Assembly. Their day included shadowing their local AMs, a tour of the Senedd, watching First Minister’s Questions, a panel event and Q&A with female politicians, and a session on political engagement with the Assembly outreach team. 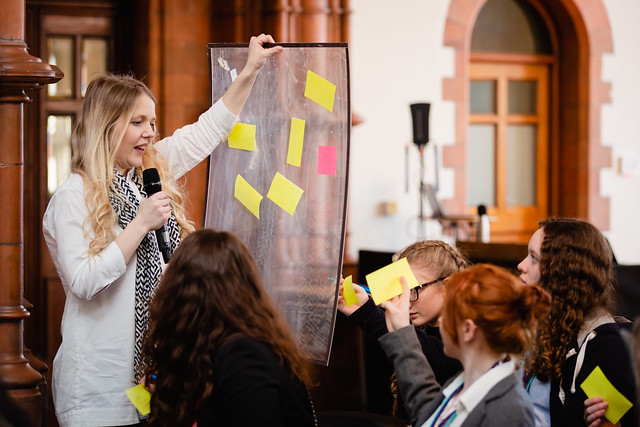 To end the day, participants took part in a ‘mock debate’ where they were given the opportunity to talk about the importance of gender equality and International Women’s day. The debate was incredibly thoughtful and inspiring. Participants raised? a huge range of issues, from the gender pay gap, women in sport, the representation of BAME women and women’s mental health and treatment in the media. It really highlighted the potential of these talented young women, and how their compassion, empathy and determination could shape future political life in Wales. 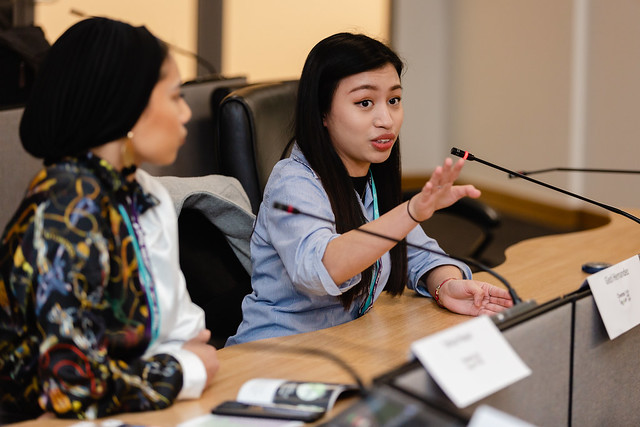 LeadHerShip is a crucial opportunity to breakdown many of the barriers women face in progressing in politics or public life. Politicians can seem out of reach to so many women, and political institutions can seem out of touch and intimidating. LeadHerShip aims to break down these barriers, and show women and girls that these institutions are there to represent them. Their views are as important to informing political decision-making as anyone else’s. The panel event and Q&A with AMs Leanne Wood, Suzy Davies and Dawn Bowden was particularly important to breaking down these barriers. One participant said:

“The panel discussion was a particular highlight for me because we got to see a side of the Assembly Members that we don’t usually see and hear about their personal experiences.”

In fact, participants found that their experience on the day did help to break down any fear or intimidation about politics;

“I was really worried about shadowing a politician because I had a somewhat daunting expectation of politics. However, it was really eye-opening and thought provoking to see the complex system of politics.”

Another commonly cited barrier to women even considering putting themselves forward for positions in politics and public life is confidence. Our own research into young women’s career aspirations found that want more support to boost confidence, including peer networks, and role models. Participants fed back that the day helped with confidence:

“I feel a lot more confident now. The day helped to develop my understanding of how politics works in Wales and the impact that decisions made in the Assembly has on Wales.” 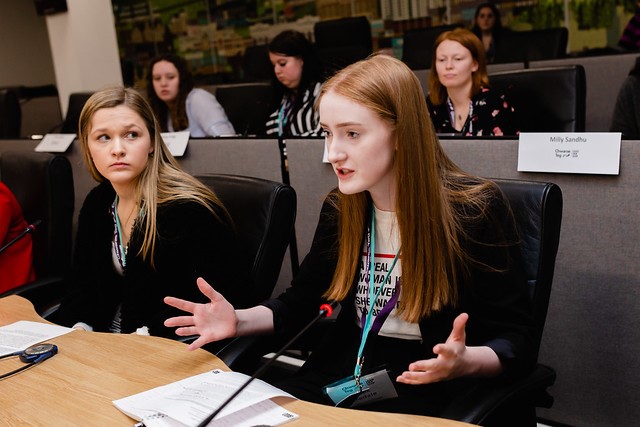 “It is so important that from a young age, girls know that it is okay to aim high. I’ll definitely use any platform I have available to encourage this, and to tell people I know in and outside school about this experience and the things I learnt from the panel talk with the female AMs.”

It’s clear from feedback that LeadHerShip achieved its aim of inspiring young women to consider a future political career, and recognise their potential to bring about positive change. The day has inspired them to aim high, and to support others to understand and engage with politics:

“The whole experience, especially listening to AMs, has inspired me to not be put off future careers just because it may be traditionally male dominated.” 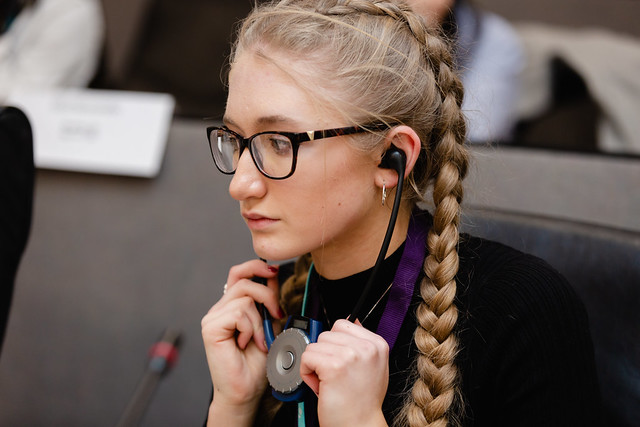 “I have been inspired to not be worried about being a female minority in a male-dominated field. I now want to pursue a career in public affairs, make a difference and be that change I want to see in the world.”

LeadHerShip is an inspiring and invigorating day, showcasing the talent and potential of young women from across Wales. If you know a young woman who would benefit from the experience, keep your eyes peeled for applications for LeadHerShip 2020.

Alongside the programme in the National Assembly, Chwarae Teg is now also offering LeadHerShip programmes in Business and Local Government running throughout the year.

Find out more information, or let us know if your organisation would like to be involved by visiting chwaraeteg.com/leadhership/